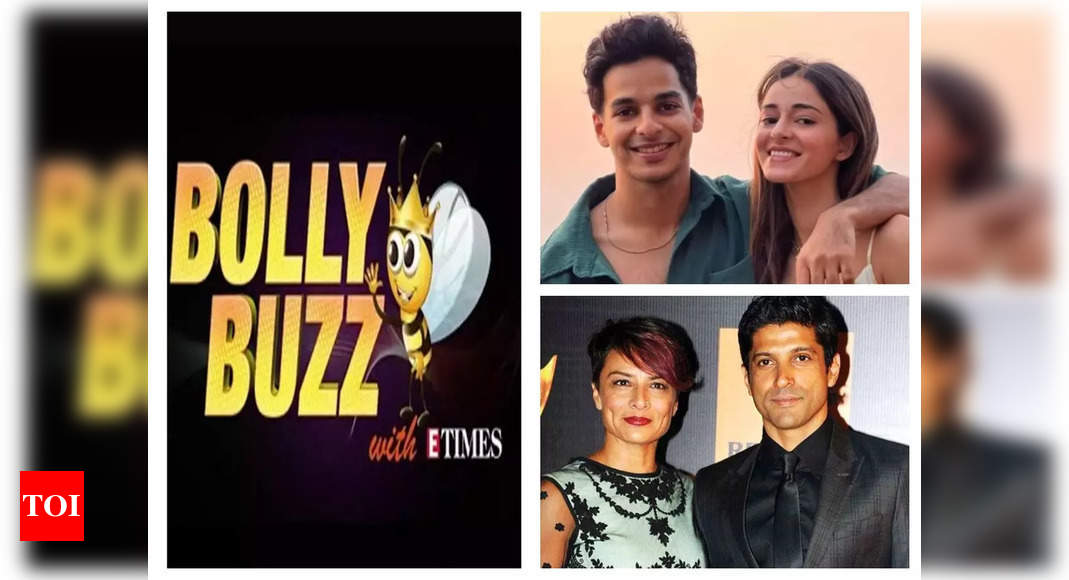 From Shahid Kapoor letting us into the Ananya Panday and Ishaan Khatter’s photo vault to Amitabh Bachchan giving us a little health scare, Adhuna Bhabani slaying trolls, and Esha Gupta talking about matters of the heart, here are all the biggest headlines of the day.

Shahid Kapoor blew the lid off brother Ishaan Khatter and Ananya Panday’s secret love life and let us all into their photo vault full of lovey-dovey pics. The actor was more than generous while sharing photos from the intimate bash organised by his baby brother over the weekend.

Farhan Akhtar’s ex-wife Adhuna Bhabani is being troubled by trolls. In an Instagram post, Adhuna decided she was not going to have any more of the hate and set the record straight. “Heads up trollers. I’m just straight-up blocking anyone who doesn’t have something positive to contribute here!” she said.

Amitabh Bachchan, on the other hand, had fans worried about his health after he posted a tweet that read, “heart-pumping .. concerned .. and the hope.” Many, including this bee, were confused whether the actor was facing a health scare or if he was reacting to the Russia-Ukraine crisis. Either way, the ‘get well soon’ messages flooded his comments section. Big B later spilled the tea about his little panic attack, saying “The stress of the learning of lines and the fear of getting the performance right or at least acceptable was on test…”

Esha Gupta recently got candid about her Spanish love affair. The beauty spilled the beans on her romance with Manuel Campos Guallar. When asked how she met her Prince Charming, Esha said, “We met in Rome and it was very weird because I’m from India and he is from Spain, and we met there for his company and he invited me for some work. So I think it had a lot of things to do with faith.”

In some picture-perfect moments from the day, we had Janhvi Kapoor getting into work mode and resuming her ‘Good Luck Jerry’ shoot. Not too far away, Urrfii Javed gave us another lesson on what not to wear when she stepped out in a sheer skirt. Netizen didn’t hold back on the honest comments saying, ‘Ye apna alag hi red carpet khelti rehti ha.’ And finally, we’re winding this off with some gorgeous photos of Suhana Khan channeling her inner Desi glam goddess as she turned muse for mommy Gauri in a breathtaking white lehenga.

Voice over by: Piya Hingorani