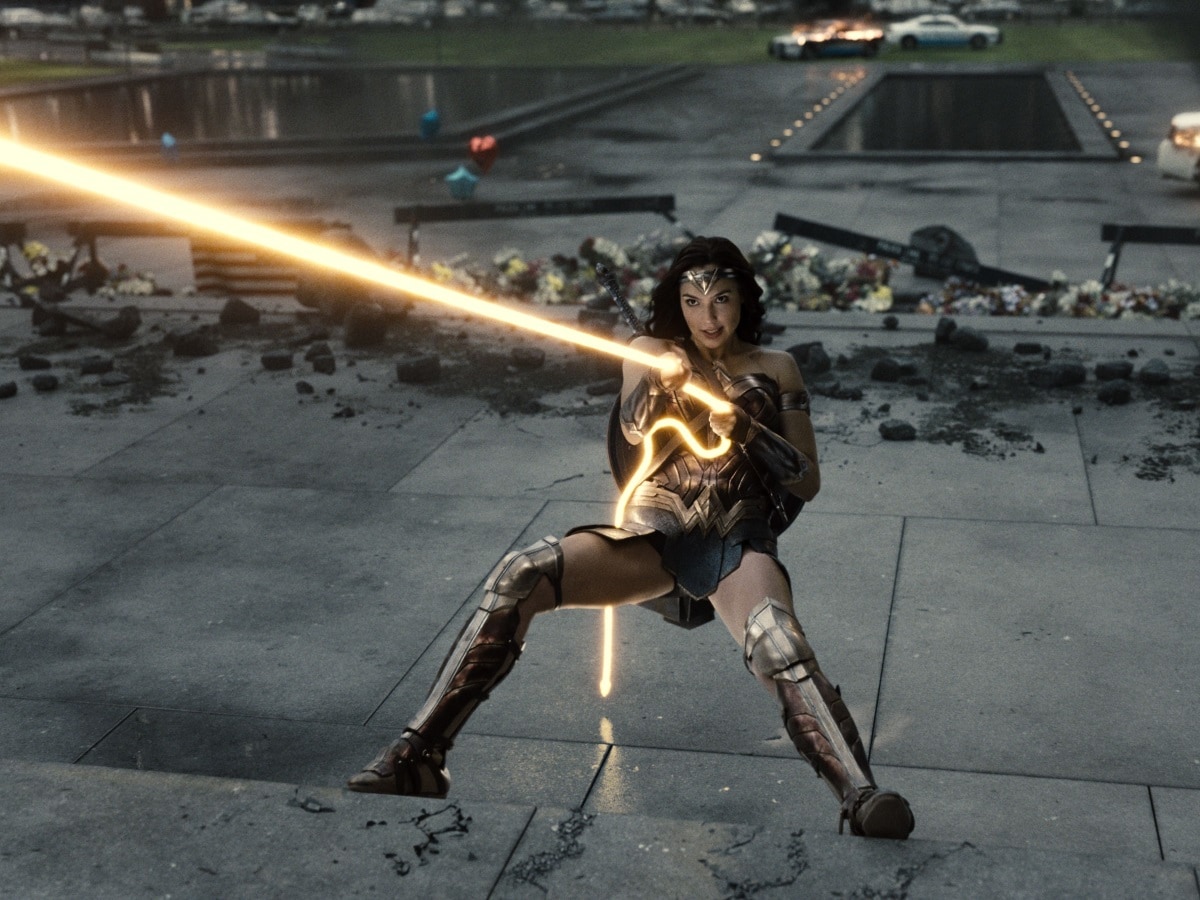 Justice League Snyder Cut is out now in India on BookMyShow Stream, Hungama Play, and Tata Sky. Apple TV (formerly iTunes Movies) still says “pre-order” even though the release time has passed. Pricing starts at Rs. 149 on BookMyShow Stream, with Apple TV and Tata Sky just Re. 1 higher. It goes up to Rs. 160 on Hungama Play. This is all for rent, mind you. If you would like to own Justice League Snyder Cut, you’ll need to fork over Rs. 689 on BookMyShow Stream or Rs. 690 on Apple TV. Hungama Play and Tata Sky only offer movies on rent. With Tata Sky, you will also need an active DTH subscription to rent it. And no, Justice League Snyder Cut is not included in your Tata Sky package. Snyder Cut is not available on Google Play Movies and YouTube Movies, even though the official movie website had said it would be.

BookMyShow Stream, Hungama Play, and Tata Sky are all limited to HD video quality and Dolby Digital 5.1 surround sound. Apple was expected to offer Justice League Snyder Cut in 4K HDR, with support for HDR10 and Dolby Vision, in addition to Dolby Atmos sound. This would be on par with HBO Max — the US-exclusive home for the DC movie — and as Zack Snyder intends it to be seen. But Apple TV still says HD and Atmos. Of course, if quality is paramount, you might want to wait a couple of months for the Justice League Snyder Cut 4K Blu-ray, out in late May.

If you choose to rent Justice League Snyder Cut, you will have 30 days to watch it, and two days to finish once you hit play. This is usually how on-demand rental works, though policies might vary. Check with a platform if you’ve any questions. Apple TV and BookMyShow Stream will also allow you to download Justice League Snyder Cut on supported devices.

Everything You Need to Know About Justice League Snyder Cut

How to pre-order Justice League Snyder Cut on Apple TV

How to watch Justice League Snyder Cut on BookMyShow Stream

BookMyShow Stream is available on the BookMyShow website, in the BookMyShow mobile app, and has dedicated apps for Apple TV, Android TV, and Amazon Fire TV Stick. It also supports Chromecast. Mind you, Snyder Cut costs more on iPhone because of the Apple tax.

How to watch Justice League Snyder Cut on Hungama Play

The Hungama Play app is available on Android and iOS. It has support for Chromecast. You can also watch on the Hungama website.

How to watch Justice League Snyder Cut on Tata Sky

While Snyder Cut will be available starting Thursday at 12:31pm in the app and on the website, you’ll need to wait till Friday midnight (that’s March 19 at 12am) for it to appear on your set-top box.

In Zack Snyder’s Justice League, determined to ensure Superman’s (Henry Cavill) ultimate sacrifice was not in vain, Bruce Wayne (Ben Affleck) aligns forces with Diana Prince (Gal Gadot) with plans to recruit a team of metahumans to protect the world from an approaching threat of catastrophic proportions. The task proves more difficult than Bruce imagined, as each of the recruits must face the demons of their own pasts to transcend that which has held them back, allowing them to come together, finally forming an unprecedented league of heroes. Now united, Batman (Affleck), Wonder Woman (Gadot), Aquaman (Jason Momoa), Cyborg (Ray Fisher), and The Flash (Ezra Miller) may be too late to save the planet from Steppenwolf, DeSaad, and Darkseid and their dreadful intentions.

Zack Snyder’s Justice League is out now on BookMyShow Stream, Hungama Play, and Tata Sky in India. It’s also available on HBO Max in the US, HBO Go in parts of Asia, and HBO services in Central Europe, the Nordics, Portugal, and Spain. In all other markets, it’s available on a range of video-on-demand platforms.

Orbital, the Gadgets 360 podcast, has a double bill this week: the OnePlus 9 series, and Justice League Snyder Cut (starting at 25:32). Orbital is available on Apple Podcasts, Google Podcasts, Spotify, and wherever you get your podcasts.

How to Find Your Lost Android Smartphone and Erase Data Remotely

How to Check and Download CBSE, ISC Class 12 Timetable