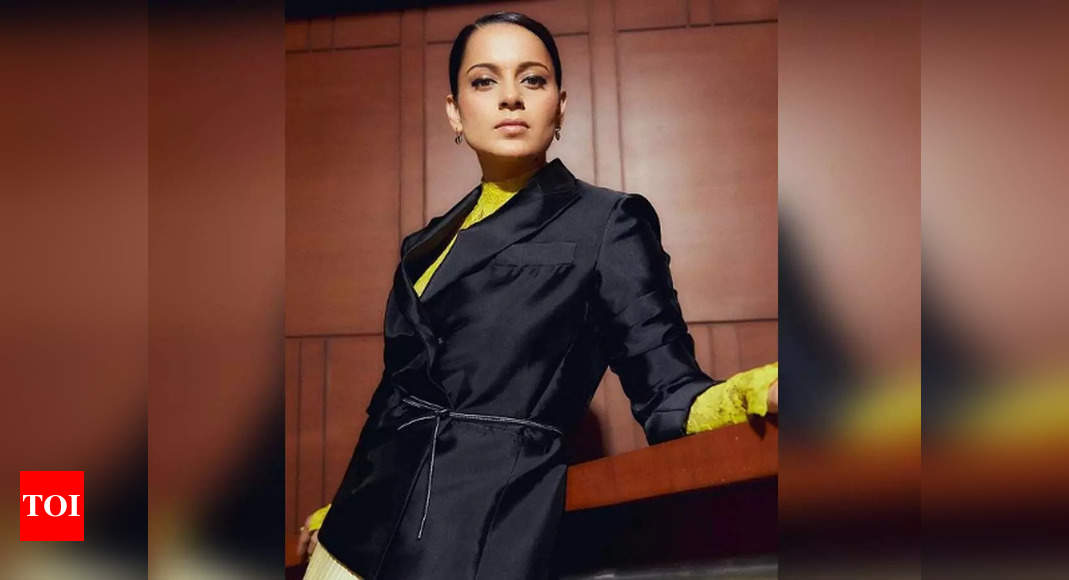 Kangana Ranaut is gearing up for the release of her upcoming action film ‘Dhaakad’. The actress has been promoting the film on various platforms and during a recent interaction with Mirror Now, she was asked to comment on Ajay Devgn‘s statement where he talked about ‘Bollywood Bonhomie’. Kangana was asked if she thinks that bonhomie exists and if everyone supports each other in the industry.

When the interviewer asked Kangana, ‘Why do you think that is?’ she replied, “You need to ask them not me. I can’t answer on their behalf. Mr Bachchan tweeted my trailer and immediately deleted it. You might ask me why did he do that. I don’t know. You need to ask them.”

Kangana further said, “Ajay Devgn goes and does a role in a female-centric film. But will he do that in my film? I will be more than obliged and I will be more than grateful if he does. If he supports my film how Arjun (Rampal) has. Of course, it is quite evident that they don’t want to. I think all the actors should support me as I support them. I was the first to praise films like ‘The Kashmir Files’ and ‘Shershah’. I praised Sidharth Malhotra and even Karan Johar’s film. I did it openly, not making quiet calls. This bonding exists between them, but when I reach out they don’t reciprocate, not yet. But I am sure that will change.”

Kangana’s ‘Dhaakad’ co-star Arjun Rampal was asked if he feels that there are pro-Kangana and anti-Kangana camps in the film industry. Kangana jumped into the conversation and said, “I will answer on Arjun’s behalf. Why should he answer that? You can ask me, how you asked me what Ajay Devgn thinks and what Amitabh Bachchan said. Arjun definitely doesn’t belong to any camp. That is why, when the film came to him, he spontaneously answered to it, without thinking kiske sath kya… and yeh kidar jamegi. He never encourages certain or discourages anyone. He has the ability to work with anyone in the film industry, even with me, because he is that kind of a person. Why should he talk about the bias that I face in the film industry?”