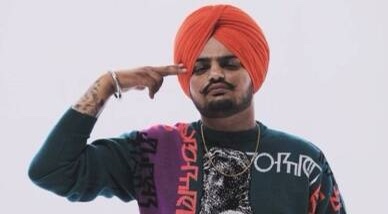 Punjabi singer Sidhu Moose Wala was shot dead by unidentified assailants in Jawaharke village of Mansa district on Sunday, May 29.

This follows a day after the Punjab Police withdrew security of 424 people, including of Punjabi singer Sidhu Moose Wala.

Sidhu Moose Wala had contested this year’s Punjab assembly election on a Congress ticket from Mansa and was defeated by AAP candidate Vijay Singla by a huge margin of 63,000 votes. Vijay Singla was recently sacked by Punjab CM Bhagwant Mann over charges of corruption.

Last month, Sidhu Moose Wala had sparked a row after he targeted the Aam Aadmi Party and its supporters in his song ‘Scapegoat’. The singer had called AAP supporters ‘gaddar’ (traitor) in his song.

Condoling the Punjabi singer’s death, Congress leader Randeep Singh Surjewala tweeted, “Deeply shocked at the broad day light murder of Sidhu Moose Wala. Punjab and Punjabis across the world have lost a talented artist with mass connect, who could feel people’s pulse. My heartfelt condolences to his loved ones and fans across the world.”

“We have been warning Punjab Government to pay attention to Punjab’s situation. I demand an FIR against Bhagwant Mann for negligence of his Chief Ministerial duties which has cost the life of Sidhu Moosewala. Bhagwant Mann along with Arvind Kejriwal should be booked,” Manjinder Singh Sirsa said.

Who is Sidhu Moose Wala?

Born on June 17, 1993, Shubhdeep Singh Sidhu aka Sidhu Moose Wala belongs to the Moose Wala village in Mansa district. Moose Wala had a fan following running into millions and was popular for his rap.

Moose Wala held a degree in electrical engineering. He had learned music during his college days and had later moved to Canada.

Sidhu Moose Wala was also known as one of the most controversial Punjabi singers, openly promoting gun culture, glorifying gangsters in provocative songs. His song ‘Jatti Jeonay Morh Di Bandook Wargi’, released in September 2019, kicked off a controversy over a reference to 18th century Sikh warrior Mai Bhago. He was accused of showing this Sikh warrior in a poor light. Moose Wala had later apologised.