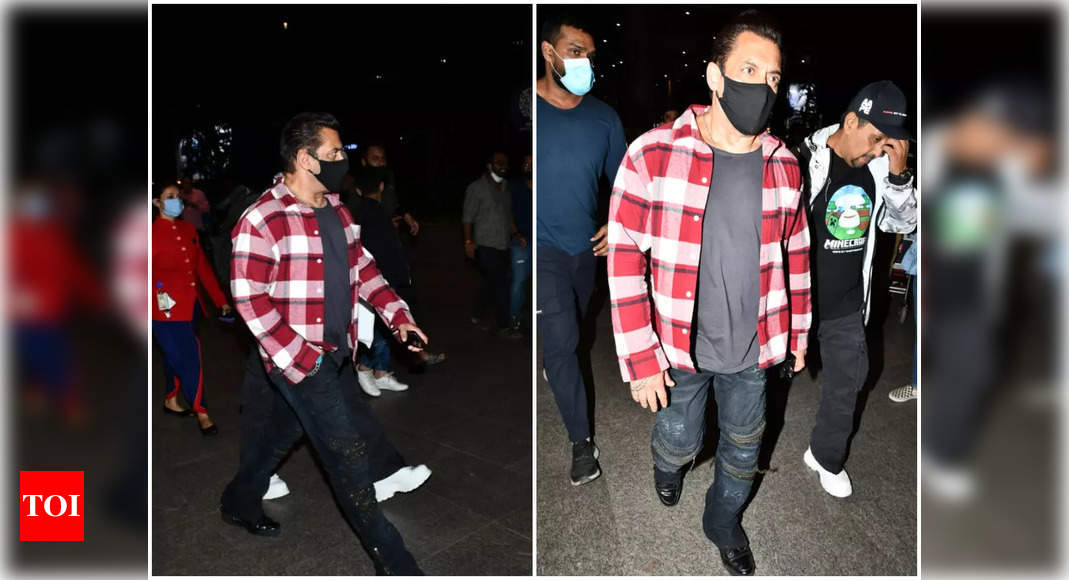 After a spectacular Da-Bangg tour in Dubai, Salman Khan is back to the bay. The superstar was earlier spotted, arriving at the Mumbai airport. The paparazzi captured him along with his team. Have a look :

In the pictures, Salman looked dapper in a checked shirt with shades of red, black and white, which he styled with a grey T-shirt. He teamed it with a pair of black denim. He was also seen wearing a mask for coronavirus protection.

For the Da-Bangg tour, the ‘Radhe’ actor was joined by Aayush Sharma, Sonakshi Sinha, Guru Randhawa, Pooja Hegde, Disha Patani, Maniesh Paul, and Saiee Manjrekar at the event. On Friday, the actors performed at the Dubai Expo and left the fans quite impressed with their stint.

During the show, one of Salman’s female fans got emotional and cried while standing near the stage. She is heard screaming, “Main sirf Salman Khan sir ke liye aai hu .” A video of the same has gone viral.

Meanwhile, on the work front, Salman will be next seen in ‘Tiger 3’ with Katrina Kaif and Emraan Hashmi. He also has ‘Kick 2’ and ‘Kabhi Eid Kabhi Diwali’.

Suhana Khan along with BFFs Ananya Panday, Shanaya Kapoor, and Khushi Kapoor go out for a dinner date in town | Hindi Movie News