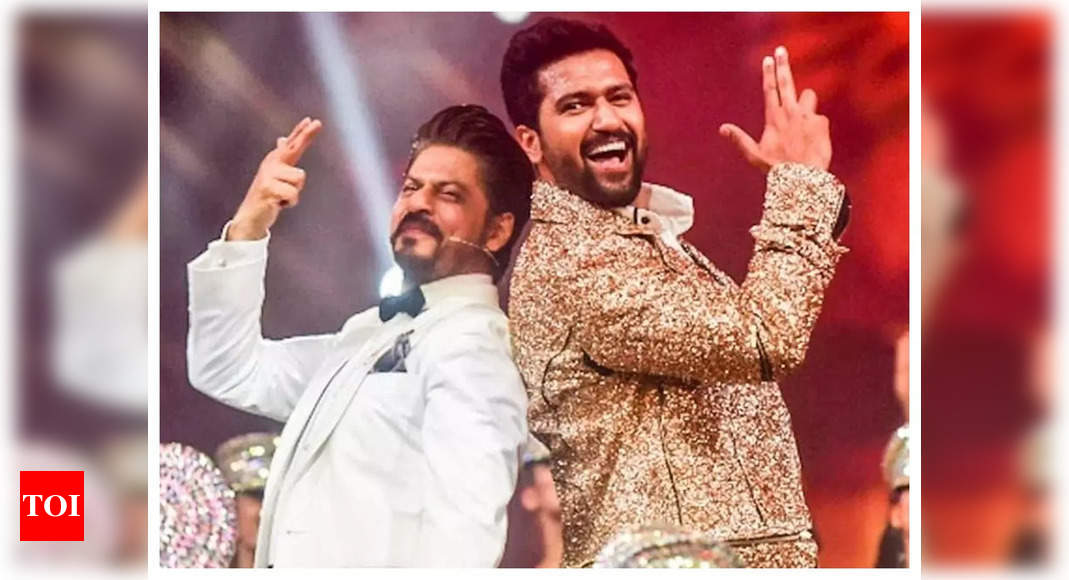 Shah Rukh Khan, who has kick-started the shooting of his next ‘Dunki’ with Rajkumar Hirani, recently shot for a song sequence in a Mumbai studio. The song also featured Vicky Kaushal.

The shooting of the song went on for four days and featured some unique steps that Ganesh Acharya is popularly known for. The song is reportedly an entertaining number, shot on a large scale and Shah Rukh has gone all out for it. It was shot on the same village set in a Mumbai studio. Vicky Kaushal also features in the track, a report in Pinkvilla stated.

Further, the report also informed that after completing the Mumbai schedule of the film, Rajkumar Hirani, SRK and others in the team will jet off to London and Budapest to shoot the remaining portions of the film. They have already finished the recce and are planning to go there in July.

Apart from Shah Rukh and Vicky, the immigration drama also stars Taapsee Pannu in a key role. This is the first time SRK, Vicky and Taapsee have come together for a film.

Meanwhile, on the work front, Shah Rukh also has Siddharth Anand’s ‘Pathaan’ in his pipeline. The movie will also star Deepika Padukone and John Abraham in lead roles. It is slated for a January release next year.

Apart from these, the King Khan also has Atlee’s commercial entertainer with Nayanthara and Sanya Malhotra.