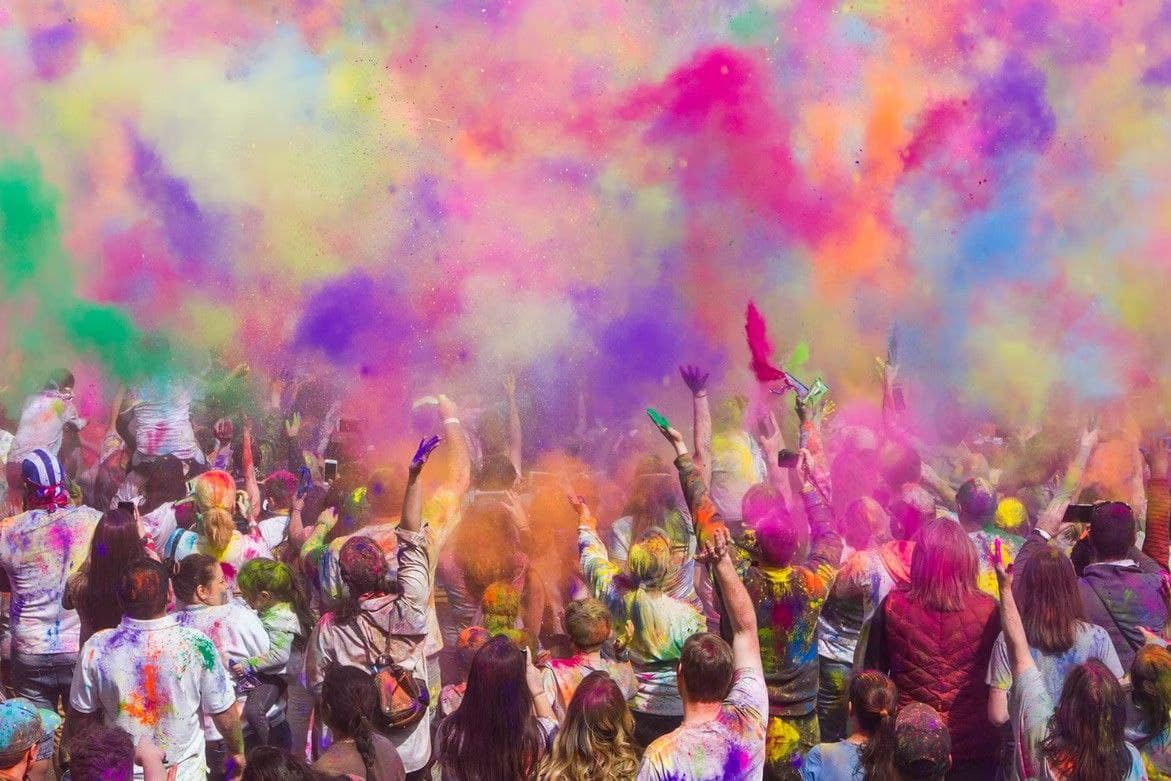 To know the places to visit during Holi in India totally depends on what type of experience you want. Different types of activities are being held almost all over India. From traditional temple rituals to modern parties like DJs, Bhang, and plenty of colors.

The way Holi is celebrated in North India is totally different from the South. While some rituals might seem to be fun in one part of the country, it might seem bizarre in the other part; but this is what India is.

Before you make any travel plans, read our list of the best places you can visit in North India during this Holi.

Lathmar Holi sounds interesting! Right? If you want to see how this Lathmar Holi is played you must visit Barsana. Here, the women beat the men with wooden sticks, while the men have to save themselves from the hits under the shield. Here, people start to play a week before and continue till the final date of Holi. 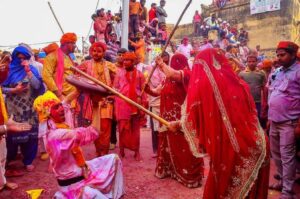 Apart from this Lathmar Holi, also join in a sweet festivity – Laddoo Holi at Shriji Temple.

Holi in Delhi is an enthusiastic affair that changes the metro city into a vibrant rally. Water balloons are thrown everywhere, pichkaris color spray and gulals paint the city into the colorful scenery. If you are wondering, where to go for the Holi celebration in Delhi, Holy Cow Festival is welcoming you. Here, with celebrations, you will enjoy performances by Indian as well as international artists. Some more places where you can celebrate Holi in Delhi are Frenzy Adventure, Garden of Five Sense, Jawaharlal Nehru Stadium, etc. 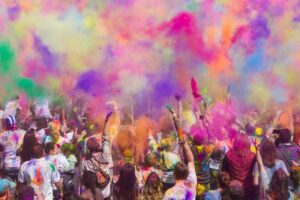 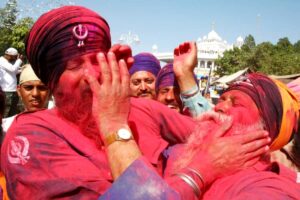 In the evening, there is a wonderful atmosphere near ghats, when worshippers come in their best Holi clothes to leave offerings at the temples and shrines. But be aware in the morning as the color wars start in the morning and end in the afternoon. Children lurk in the alleys and are ready to strike colors on an unsuspecting passerby, and you’ll encounter many an impromptu dance party if you keep your ears open. 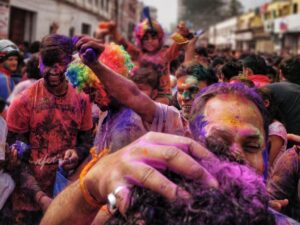 It is advised that before you get out of your house or wherever you are staying be prepared by oiling or applying some lotion to your body and hair so that it will protect your skin as well your hair. It is recommended to have a walk around the old city the night before Holi when Holika Dahan is taking place. Now, it’s time to stock up on the local Holi sweet i.e. ‘ghujia’. 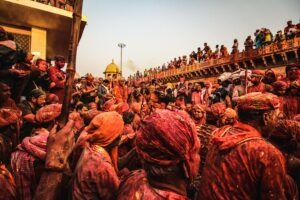 Want to play holi with flowers? then you are welcome to Vrindavan. Here, at Banke Bihari temple Holi with flowers with gulals are played. People are covered with red, blue, and purple-colored powders from head to toe in this Krishna-obsessed town. 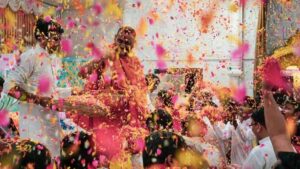 The Gopinath Temple is another prime attraction. Here, widows gather to celebrate the festival with hundreds of kilos of marigold petals and gulals and throw at each other.

It is a small town at a distance of half an hour’s drive from Mathura. The Daoji Temple is the place in this small town where should be on the day after Holi. Once the rituals are complete, the crowd here plays a massive holi in which turmeric and saffron yellow are the predominant colors. 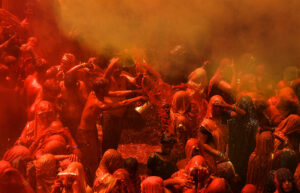 So, this was all about the top places in North India that you can visit in Holi. Don’t forget to share your pictures and tag us. Also, mention the place in the comment box where you have decided to go.