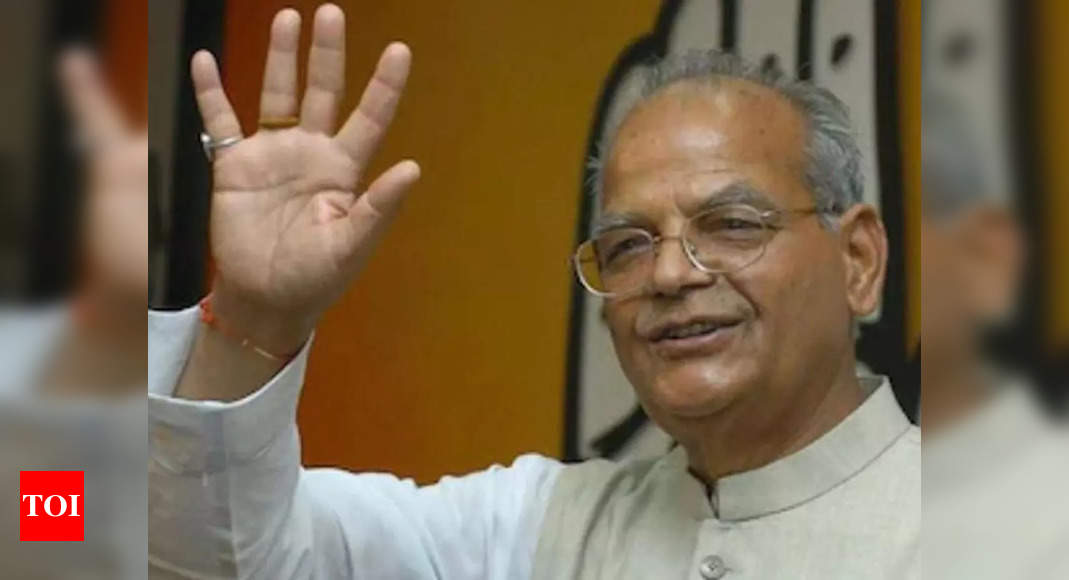 According to reports, he passes away early Wednesday at a Delhi hospital. He was 94.

In a special Instagram post, Salman penned tribute to the veteran Congress leader from Himachal Pradesh. Sharing his photo, Salman penned a note that read, “Sending my heartfelt condolences to Ayush and his entire family on the loss of his grandfather Shri Sukhram Ji today. #RIP”

Aayush also issued a formal statement on his handle that read, “With a very heavy heart I bid farewell to my beloved Dadaji Pandit Sukh Ram Sharma. Even though you’re gone, I know you’ll always be with me, guiding me, looking over me and blessing me like you always do. Rest in peace, Dadaji. You will be dearly missed.”

The Congress leader, who was airlifted and admitted to the All India Institute of Medical Sciences (AIIMS) in Delhi on May 7 after suffering a brain stroke in Manali in Himachal Pradesh, was declared dead at 1:35 am, hospital sources said.

Sukh Ram’s grandson Aashray Sharma said his body will be kept at Seri Manch in Himachal Pradesh’s Mandi to enable people to pay their last respects on Thursday.

Sukh Ram was the Union minister of state communications (independent charge) from 1993 to 1996. He was a member of the Lok Sabha from the Mandi constituency.

He won five assembly elections and was thrice elected to Lok Sabha. In 2011, Sukh Ram was sentenced to five years imprisonment for corruption during his tenure as communications minister in 1996. His son Anil Sharma is a BJP MLA from Mandi.

Born on July 27,1927, Sukh Ram had represented the Mandi assembly seat from 1963 to 1984. During his tenure as state animal husbandry minister, he was credited with bringing cows from Germany which led to an increase in the income of farmers.

He was elected to the Lok Sabha in 1984 and served as a junior minister in the Rajiv Gandhi government. Sukh Ram served as minister of state for defence production and supplies, planning and food and civil supplies.

Subsequently, they floated the Himachal Vikas Congress Party, which entered into a post-poll alliance with the BJP and joined the government. In 1998, Sukh Ram contested the assembly elections from Mandi Sadar and won by a huge margin. His son Anil Sharma was elected to the Rajya Sabha in 1998.

Sukh Ram along with his grandson rejoined the Congress right before the 2019 Lok Sabha elections to get a Congress ticket for Aashray Sharam but he could not win.

‘Puzhu’: 5 Reasons why you shouldn’t miss this Mammootty starrer