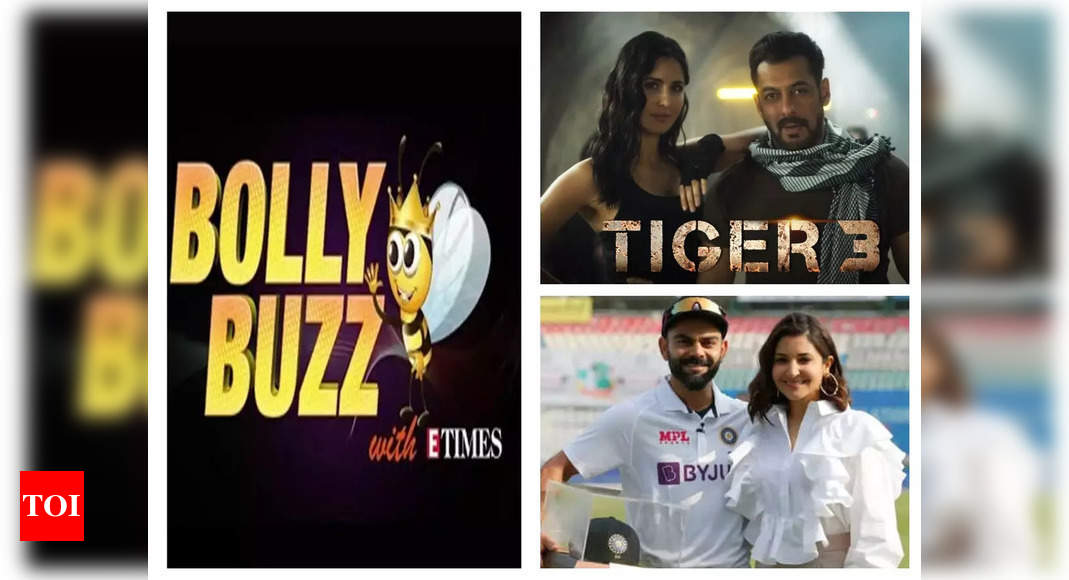 From Salman Khan announcing the release date of ‘Tiger 3‘, to Anushka Sharma accompanying Virat Kohli on the field, here’s what hit the headlines today.

The wait is finally over as Salman Khan took to his Twitter handle to update his fans about the release date of ‘Tiger 3’. The film will now hit the big screens on Eid 2023. Taking to his Twitter handle, the actor tweeted, ”Hum sab apna apna khayal rakhen.. Tiger3 on 2023 Eid… let’s all be there ..Releasing in Hindi, Tamil and Telugu. Celebrate #Tiger3 with #YRF50 only at a big screen near you on 21st April 2023.

In an awe-worthy moment, Anushka accompanied Virat Kohli to the field before kickstarting his 100th test match. He was bestowed with a ceremonial cap by former cricketer Rahul Dravid to mark his achievement before beginning the game against Sri Lanka in the first of the two-test series. While Anushka looked like a vision in white during the ceremony, their daughter Vamika was also present at the venue as she cheered with Virat’s mother and brother from the stadium stand.

Deepika Padukone is one happy girl with her new haircut. While Padukone has not yet posted anything on social media, a video of her at the salon has been doing rounds on social media. In the clip, the actor can be seen checking out her haircut, smiling excitedly at her new look. ” She looks so beautiful ,” a social media user wrote. ” This is actually her Pathaan look,” another added.

Instagram memorialised late actor Sidharth Shukla‘s account. Sidharth passed away in September last year due to cardiac arrest. His demise left his fans in a state of shock and heartbroken. Recently, his Instagram handle got a ‘remembering’ added to his bio. Netizens took to their social media handles to express their grief. A user wrote, ”Remembering �� This is the bitter reality. But accepting this fact its the hardest one ever in our lives. #SidharthShuklaLivesOn for us. #SidharthShukla𓃵 u r always in our hearts . #SidHearts”.